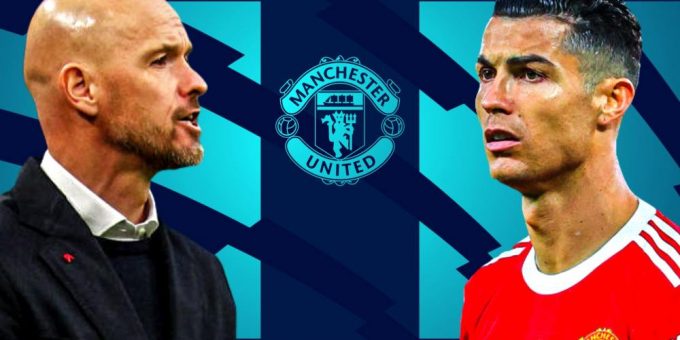 To say it was a happening week for Manchester United would be an understatement. Their star player, Cristiano Ronaldo has recently informed them of his unhappiness with the club, telling them he’d like to leave if a suitable offer was presented during the transfer window.

The 37-year-old still has a full year until the end of his contract, which he signed last summer after a move from Juventus. He finished last season as the top scorer for the Red Devils, scoring 24 goals across all tournaments. However, he couldn’t help them qualify for the Champions League. This along with his resolve to fight for top titles is probably what has pushed him to consider a move. After finishing the season on the 6th place, the team will be playing in the Europa League, a tournament the striker is not interested in.

Manchester United had initially resisted his desire to leave, insisting that their star player was not for sale and reiterating that he’s under contract until next year. However, the club have now reportedly accepted his request, recognizing that they simply can’t keep him against his will. Manager Erik ten Hag is said to be handling his exit, according to The Sun.

The Portuguese striker was supposed to begin pre-season training at Carrington this week but has instead flown to Madrid to take care of some “family” issues.

Ronaldo’s future currently remains unclear. Fans are unsure whether they can expect him at Old Trafford next season or not. According to recent reports, Bayern Munich, PSG, and Chelsea are among the interested parties, with the latter being the most intent. However, Thomas Tuchel is not completely sold on the idea, casting doubt on whether an offer will be made.

Despite transfer talks, Ronaldo is expected to be part of United’s pre-season tour of Thailand and Australia. He is set to begin training later in the week upon his return from Madrid.

Follow our blog for more sports betting news and insights, and don’t forget to check out our latest football betting tips on your favourite matches.