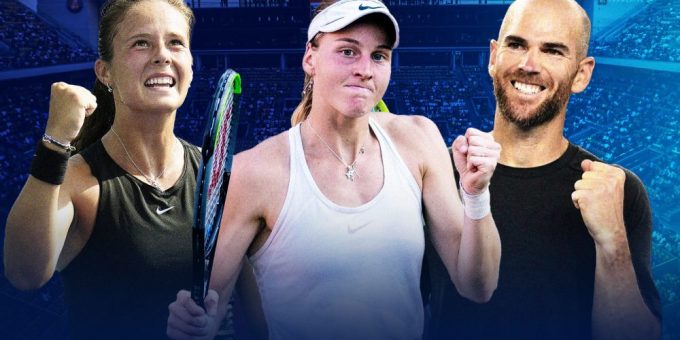 Champions crowned ahead of US Open

The week leading up to a Grand Slam is usually relatively quiet with only a few tournaments taking place, but the winners of those tournaments get to go into the Slam in high spirits and full of confidence.

This time, ahead of the 2022 US Open, three new champions (two in the WTA and one in the ATP) have emerged.

Saville is having a decent season of her own and the final was a battle as expected. The Australian, playing in her first WTA tour level final since 2017, had won all her previous matches without dropping a set. Kasatkina won in straight sets but it was no walk in the park for the 25-year-old Russian.

Coming into the tournament as the highest-ranked player and top seed, Kasatkina was favorite for the title from the very beginning and she went all the way, dropping only one set on the way to her sixth career title. It was Kastkina’s second title in a month after winning the Silicon Valley Classic in San Jose earlier in August, a feat which sealed her return to the top 10 for the first time since 2019.

Kasatkina’s road to the title:

Kasatkina now heads to New York where she will be looking to advance past the round of 16 at the US Open for the first time. In the opening round, she takes on Britain’s Harriet Dart.

In Cleveland, USA, it was another Russian who grabbed the title. With a solid 6-1, 6-3 victory over 36th-ranked Aliaksandra Sasnovich, World No. 45 Liudmila Samsonova hoisted the Tennis in the Land trophy.

Sasnovich, who is yet to win a maiden WTA title, has now lost all four finals she has contested in. The opposite is true for Samsonova, who has played in three finals and won them all.

It was Samsonova’s second consecutive title after her triumph at the Citi Open in Washington early in August.

Samsonova’s road to the title:

Samsonova goes to Flushing Meadows for the US Open riding high on a 10-match winning streak. The 23-year-old reached the second round last year and will definitely aim to do better this time, starting with 16-year-old Czech qualifier Sara Bejlek.

In the only ATP event of the week, Frenchman Adrian Mannarino defeated Serbia’s Laslo Djere 7-6(1), 6-4 to be crowned champion in Winston-Salem, USA.

Mannarino, who had to save four match points in a tough opening round against Christopher O’Connell, was one of the unlikeliest winners of the tournament.

Going into the final, Mannarino had won only one of his previous nine ATP tour level finals and was determined not to fail again this time. The 34-year-old has now won his second ATP title, his first since the 2019. He becomes the oldest champion in the history of the Winston-Salem Open.

“I’m just happy I won the tournament, no matter who won before or who’s going to win after,” Mannarino said. “It’s just something that I’ve accomplished for now and I’m really happy with that.”

“My body isn’t responding as well as when I was 20 but I’m still up and running well.”

Mannarino’s road to the title:

With this win, Mannarino moves 20 spots up the rankings from 65 to 45. In the US Open opening round, the Frenchman faces qualifier Gijs Brouwer.

Tennis action now shifts to the final Grand Slam tournament of the year, the US Open. You can stake on all matches with the best odds on BetKing, as always.