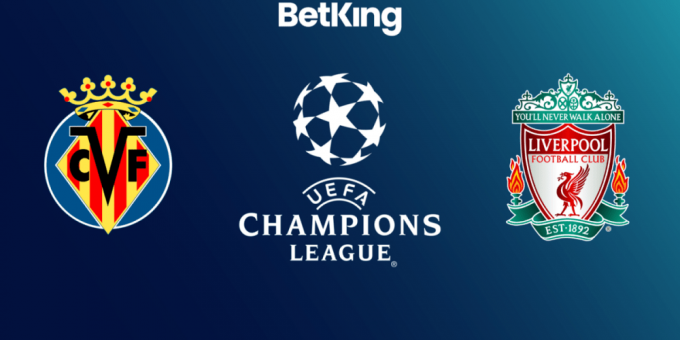 With the way the two semifinal fixtures finished last week, one thing is for sure, this week’s fixtures will be even better.

After Manchester City and Madrid delivered an instant classic full of goals, Liverpool showed the world a masterclass in control and domination against Villarreal at Anfield.

At no time in the first leg did Villarreal look like scoring but in the second leg, that changes. With nothing to lose, the Yellow Submarines will look to attack and will depend on their passionate fanbase at the Estadio de la Ceramica to cheer them on to victory.

How does this one end? Read on for our preview of the Villarreal-Liverpool UEFA Champions League semifinal second leg below!

The two teams have now faced each other thrice, this will be their fourth meeting. The last time they met, Liverpool comfortably beat Villarreal 2-0 at the Anfield Stadium.

In their respective leagues, Liverpool wins that H2H matchup again. Villarreal are 7th in the Spanish La Liga with 52 points from the same number of games played while The Reds are 2nd in the EPL, breathing down Manchester City’s necks with 82 points from 34 games.

Villarreal have won two of their last five games, drawn one and lost the other two with one loss coming at the hands of Liverpool (Form: L-L-W-W-D)

Liverpool have won their last five games and look in ominous form, only conceding twice in that period. (Form: W-W-W-W-W)

Forward, Gerard Moreno is still out with a Hamstring injury and will miss the game along with former Liverpool left back, Alberto Moreno who’s also out with a hamstring injury. There are no other injuries in the Villarreal squad, we expect head coach, Unai Emery to name an unchanged XI from last week.

Liverpool strikers, Divock Origi (Virus) and Roberto Firminho (Foot injury) are both likely to miss the game. There are no other injuries in the Liverpool squad at the moment.

Liverpool have scored 27 goals in the UEFA Champions League this season, 9 more than Villarreal’s 18 goals.
Villarreal average 324.4 accurate passes/game with 42.9% possession, compared to Liverpool’s average of 552.9 accurate passes/game and 63.6% of possession, the highest in the UCL this season.
Villarreal have conceded 13 goals in the Champions League this season from an xG of 16.2 while Liverpool have conceded 11 goals from an xG of 11.1.
The home side (8.82/game) commit less fouls than Liverpool (11.27 fouls/game) but have received more bookings (20 yellow cards) than the Reds (13). This will help them in tomorrow’s game as Liverpool have scored the most set piece goals in the competition (8 goals)
Villarreal’s highest goal scorer, Arnaut Danjuma has scored 6 goals this Champions League campaign while Mo Salah already has 8 goals. The Egyptian forward will be looking to meet and break his personal UCL best of 10 goals.

Villarreal’s first leg loss means that they will have to come out and attack, giving Liverpool the chance to pick them off on the counter. Bet on a Liverpool away win @ 1.75

Liverpool have gotten at least 6 corners in their last four matches. In the first leg of this fixture, they had 10 corners. Odds on Over 5.5 away corners @ 1.75 are not to be sniffed at.

You can also enjoy our King’s Combo and bet on Liverpool to win and Mo Salah to score @ 2.85

You can bet on this week’s semifinal fixtures here as well as any future games today!