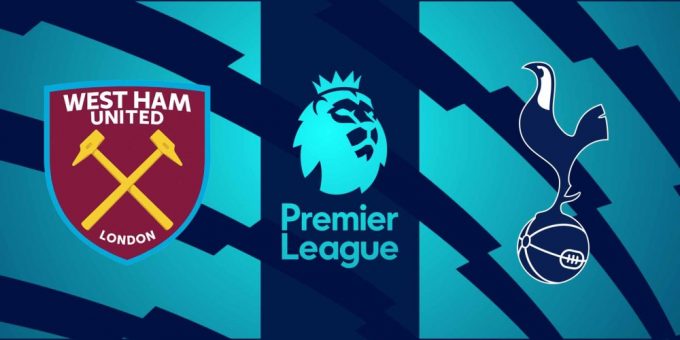 The East and the North Side of London clash in a matchup of two teams with contrasting fortunes.

Tottenham Hotspurs are unbeaten in four matches and have only dropped points against Chelsea at Stamford Bridge, while West Ham got their first points and win in their last match against Aston Villa.

Tottenham Hotspur have picked up where they left off last season, quietly getting results and growing into a disciplined side under the tutelage of Antonio Conte.

Most importantly, they have the Premier League’s second-ever highest goal scorer in Harry Kane playing in great form for them with a more than adequate supporting cast of Son, Richarlison and Kulusevski behind him.

The last time Tottenham visited the London Stadium, Michail Antonio got the goal that decided the match. In the last five games, the spoils have been evenly divided. Two wins for each side and a draw.

However, over the 32 matches in the Premier League between them, Tottenham have won 25 of those matches with 10 matches ending in a draw.

West Ham started the 2022-23 Premier League season with three losses, which left them bottom of the table until a Pablo Fornals goal helped them to a 1-0 win against Aston Villa.

That win eased some of the pressure off David Moyes as he saw his side move from 20th place to 16th.

West Ham have also had the added task of Europa Conference League playoffs early this season, they comfortably saw off Viborg to advance to the group stage and can now look to concentrate on the Premier League.

Spurs are tipped to push for the title and have gone about their business like a team determined to do so.

In their first four matches, they have picked up 10 points out of a possible 12 and would look to put the pressure on Manchester City and Arsenal.

Antonio Conte’s side have been stingy in defence, conceding only 3 goals so far this season. While they have not been scoring in bunches yet, they can be confident the goals would come considering the attacking talent at their disposal.

West Ham have had to splash the cash and broke their club record to bring in Lucas Paqueta from Lyon, but it might be too soon to have him in the starting XI, although he could be available to make his debut from the bench.

Gianluca Scamacca should be in contention for a start after his fine performances in the Europa Conference League qualifying matches against Viborg.

Nayef Aguerd, Craig Dawson, Ben Johnson and Aaron Cresswell are expected to miss out due to injury, but Angelo Ogbonna and Vladimir Coufal are back in training and could be available for selection.

Tottenham have secured the services of defender, Cristian Romero on a permanent deal after his loan spell from Atalanta.  Oliver Skipp is back training but might not be ready for Wednesday’s game.

Lucas Moura and Bryan Gil remain unavailable due to injury, otherwise Tottenham have strong depth in their side to have a good showing against West Ham

Son Heung-min has had an uncharacteristically slow start to the season and could lose his starting spot to Richarlison.

West Ham struggled to create chances last time out  and have averaged less than a goal per match. This would be David Moyes’ major concern for the match against Tottenham who have only conceded 3 times this season. While West Ham usually play with Michial Antonio as the sole striker, he might look explore the option of Gianluca Scamacca’s aerial threat against Tottenham

Tottenham are a great counter attacking side and are comfortable letting the opposition have the ball. Against Nottingham Forest they only had 45% possession but were clinical when chances presented themselves.

Tottenham have found their identity under Antonio Conte and are difficult to score against, their present form might be too much for a West Ham team still finding their feet.

Tottenham to win by one goal