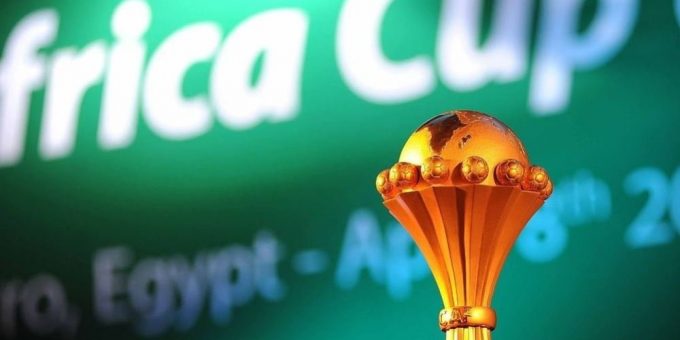 With the AFCON 2021 quarterfinal schedule already set, heavyweights like Nigeria and Cote D’Ivoire are conspicuous by their absence, having been knocked out in the round of 16.

Since continental giants like Ghana and Algeria already crashed out in the group stages, four pre-tournament favorites have now been eliminated before the quarter finals have even been played.

Who are the remaining favorites, and what are their chances of lifting the AFCON trophy on February 6th?

Cameroon:
Buoyed by a loud home support and led by the best player at AFCON 2021 so far, Vincent Aboubakar, the Indomitable Lions easily roared through the group stages, beating Burkina Faso and Ethiopia before drawing with Cape Verde.

Despite winning their round of 16 clash with Comoros however, it’s not all rosy news for supporters of the Indomitable Lions.

Even after playing with a defender in goal for the entire match and going a man down early, Comoros kept the hosts at bay for a long time and threatened to take the game to extra time after Youssouf M’Changama’s magnificent late free kick went in.

The Gambian coaching team would surely have noted how Comoros set up to frustrate Cameroon and will look to incorporate some of that into their tactics for Saturday’s quarter-final.
Cameroon odds to win AFCON 2021: 4.00

Senegal:
Senegal’s golden generation will be desperate to finally win a trophy and cement their place in football history. Led by Sadio Mane and Kalidou Koulibaly, they do not lack experienced, world-class talent and are well-equipped to win this tournament.
Despite that star-studded squad, however, they won Group B unconvincingly, scraping into first place just ahead of Guinea and Malawi with 5 points.

They won against 2-0 against Cape Verde on Tuesday but also lost Sadio Mane to a head injury which has now put his quarter-final participation in jeopardy.
If, as expected, he misses out, they still have a strong enough squad to advance to the semi-finals but will likely need their best player to lead them to glory.
Senegal’s odds to win AFCON 2021: 3.55

Morocco:
Due to the absence of stars such as Chelsea’s Riyad Mahrez, the North African side was expected to struggle. Instead, they are now expected to be one of the teams vying for the trophy.

After finishing first in Group C with seven points, they demonstrated their tenacity with a come-from-behind victory over Malawi, which was sealed by yet another incredible free kick from Achraf Hakimi.

Wolves’ defender Romain Sass commands the backline alongside the right back and further forward, they have established stars like Sofiane Boufal and Youssef En-Nesyri to provide chances and goals.
So far, they’ve handled everything thrown at them, and if they keep it up, they’ll have a very good chance of winning the trophy next month.
Morocco’s odds to win AFCON 2021: 5.25

Egypt:
The wonderful thing about great players is that as long as they’re on the pitch, their team will have a chance.

For Egypt, it’s really that simple. They have a chance to win the trophy because they have arguably the best player in the world and their opponents do not.

While Mohamed Salah has not been at his best, his mere presence on the field gives the other Egyptian attackers more room to work with.

Despite appearing outmatched against other African heavyweights, they are still in the tournament, enjoying That AFCON feeling, while Nigeria and Cote D’Ivoire have been eliminated.

If they make it to the final, they will know that they have a player in Salah who can turn any match on its head with his sheer talent, and as such, they will remain a team that no one else wants to face.
Egypt’s odds to win AFCON 2021: 6.75

DID YOU KNOW?
That from now until the 6th of February, you stand the chance to win amazing gifts like cars, PS5s, TVs, Smartphones and betting credit?

To win, place a bet of minimum ₦500 on an accumulator with at least 5 selections, at 1.20 odds per selection and click here to find out more!