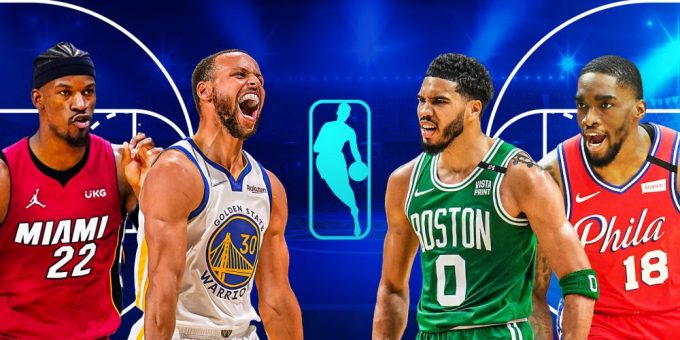 With the domestic football season on hold, your attention has probably turned to finding something that can entertain you and take your mind off your work troubles.

You can try out reality TV and catch up with the latest movies and TV shows. However, we all know there’s a unique thrill that only watching live sports can bring.

With that in mind, finding new sports to follow can allow you to enjoy something different without missing out on that unique thrill that watching athletes at the top of their game compete can bring.

Here are seven reasons why Basketball can be that sport for you:

Exciting: Remember the crazy scenes at the Etihad Stadium in 2012 when Sergio Aguero scored that late, LATE winner to pip Manchester United to the English Premier League? What if you were told that Basketball had scenes like that aplenty?

Because teams can call timeouts to set up plays, last minute buzzer-beaters are as big as you’d imagine they would be in Basketball. Imagine the impact of hitting a shot as the buzzer sounded to win a game, amazing right?

Have a look at one of the most famous buzzer-beaters ever. In 2019, Damian Lillard’s Portland Trailblazers had a chance to closeout a series against Russell Westbrook’s Oklahoma City Thunder with a game five win.

Matched up against OKC defensive ace, Paul George, Lillard bled the clock and took the now-famous shot with just 2.1 seconds on the clock. The roar of the home crowd as the ball swished through the net just as the buzzer sounded almost took the roof off the Moda Center.

Just watch it here, such moments are priceless.

Competitive: Football has always been, and will always be the most entertaining sport. However, the way the biggest clubs dominate available resources means that there’s a tendency to approach games with the outcome almost wrapped up beforehand.

In the English Premier League, no team can keep up with Manchester City and Liverpool. Bayern continue to easily dominate the Bundesliga, PSG finished 15 points clear of 2nd-placed Marseille and Real Madrid finished 13 points of Barcelona in the Spanish La Liga.

With Basketball, that’s rarely an issue. Just this season, The Boston Celtics defeated title favorites Brooklyn Nets in the first round while the Dallas Mavericks beat another title favorite, the Phoenix Suns in the NBA second round. Whichever team wins the ongoing finals will also be the fourth different NBA Finals winner in four years.

Attacking: There are a couple of rules that illustrate how committed the NBA is to ensuring that attacking possessions.

The Backcourt violation rule penalizes teams that either take too long to cross the halfway line on the court and those that attempt to deliberately dribble or pass the ball backward into their own half.

The shot-clock violation penalizes teams that attempt to hold on to the ball for too long without taking a shot. Each violation is punished by possession of the ball being passed to the team out of possession.

If like many you dislike football teams that completely suck the joy out of games by wasting time, either by playing keep-ball or by taking the ball into the corner, you will enjoy Basketball for its unique attacking rules.

How easy it is to play basketball: One of the biggest reasons Football is so popular is that it’s so easy to set up and play. All you need is a ball, a stretch of open land and several friends to get started.

Basketball is easy to set up and play as well, all you need is a group of people, a basketball, a surface the ball can bounce on and anything that can act as a hoop.

Why not give it a try? You might find that you enjoy playing the game as well as watching it play.

Global appeal: Everyone loves superstars in sports. They’re globally popular and have played their game to an extent few people have ever reached.

Take a look at some of the NBA’s superstars; Steph Curry is easily the best ever at shooting a basketball. LeBron James’ unique blend of brawn and brains has elevated him to being one of the best two players to ever play the game, and still going strong at 37. Giannis Antetokoumpo is one of the most dominant basketball players ever, watching him get from half court to the paint in just three steps is truly something to behold.

If you enjoy watching players like Lionel Messi, Cristiano Ronaldo, Kylian Mbappe displaying their insane talent, you will enjoy watching the NBA for its superstars as well.

Frequent score changes: Basketball is so competitive that a team losing by several points with only seconds to go can still go on to win the game. The most popular example of this is the game where Indiana Pacers guard, Reggie Miller scored 8 points in 8.9 seconds to overturn the New York Knicks’ 6-point lead with just 18 seconds to go.

If you enjoyed Real Madrid’s comeback win against Manchester City in the UEFA Champions League last season, you will enjoy watching the NBA for its frequent score changes and comebacks.

Basketball live games are extremely fun to wager on because of the frequent score fluctuations. In games, large leads are often dangerous. A team that is down by as many as 24 points in the fourth quarter can still come back if their 3-point shooting heats up and they can play lockdown defense.

Presence of Nigerian and African stars: As Nigerians and Africans, it’s always nice to see fellow countrymen do well on the biggest stages.

Over the course of its history, the NBA has featured several of Nigerian origin like Hakeem “The Dream” Olajuwon, Giannis Antetokoumpo, Bam Adebayo, Precious Achiuwa and Andre Iguodala etc.

In addition to these players, Boston Celtics Head Coach, Ime Udoka, recently made history by becoming the first Nigerian to lead a basketball team to the NBA Finals. His team currently leads the Golden State Warriors 2-1, he could also become the first Nigerian to coach a team to an NBA Title!

In addition to these Nigerian icons, there are other NBA African stars you can root for such as Joel Embiid, Pascal Siakam and Jonathan Kuminga et cetera.

Searching for an exciting, attacking sport with relatable global superstars that opens up a whole new world for you to enjoy? Then watch the NBA and of course bet on the sport with us today!