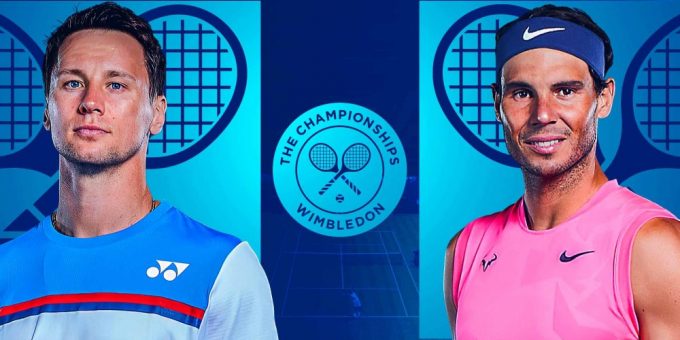 The biggest enemy of every elite athlete is time. It has to be a disconcerting feeling to realize that no matter how talented or dominant your favorite athlete is, time will eventually come for their ability to consistently perform at the highest level.

Watching an elite athlete’s abilities slowly get eroded by time is often a sad sight. However, once in a while the extraordinary happens and the rarest of elite talents refuses to acquiesce meekly and inexplicably continues to win, bludgeoning opponents and father time into submission.

Rafael Nadal is one such athlete.

Read on for our match preview of the legendary Spainard’s second-round match against Lithuanian, Ricardas Berankis as he attempts to extend his Grand Slam total lead over Roger Federer and Novak Djokovic.

This is an obvious mismatch. Nadal is ranked 4th while Berankis is currently #106th on the ATP rankings.

The two players have also met once, earlier this year. Nadal won that matchup 6-2, 7-5.

That Nadal is still this dominant at this age is a big surprise. What makes the feat even more astonishing is that he has nursed a chronic foot injury since 2005.

Follow all the Wimbledon games below and be a winner.