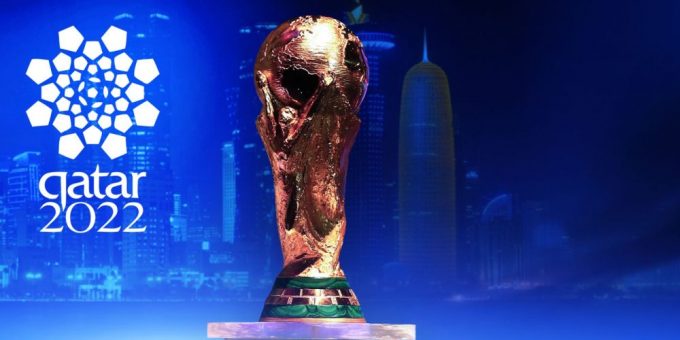 With another international break here already, club teams will take a much-needed break to strategize on which tactics they can use to outwit their remaining opponents this season.

However, for some international teams, the race for this summer’s Men’s World Cup tournament is just getting started. Several countries will compete for the chance to qualify for the tournament over the next twelve days.

Who are the most likely teams to lift Football’s most illustrious trophy on the final day of the Soccer Mundial this November, out of the 32 international teams competing?

Brazil: The Canaries are International Football royalty and will be one of the outright favorites to lift the trophy this year.

The beauty of the current Brazilian team is that, just like their legendary teams of old, they have the quality that can hurt opposing teams throughout their squad.

In goal, they have Alisson Becker and Ederson vying for the #1 spot. Marquinhos, Thiago Silva, Eder Militao and Gabriel vying for two central defensive slots. Fabinho and Casemiro battling for a slot in Defensive Midfield and further forward, Coutinho, Lucas Paqueta, Neymar, Vinicius Jnr and Lucas Paqueta vying for the midfield and attacking slots.

It’s easy to see why many consider them to be outright favorites at 6.0 to win the World Cup.

France: After the disappointment at EURO 2020, the French team quickly showed the world that they’re still the team to beat with a dominant UEFA Nations League win.

The defending World Cup champs will be eager to retain their crown and win the trophy again in Qatar. Boasting arguably the best young player in football in Kylian Mbappe, the French team will look to the young forward, along with experienced players like Karim Benzema, N’Golo Kante, and Paul Pogba to lead the Les Blues to victory again.

England: It’s surprising but England have done it. They built a balanced, dangerous side without skipping any steps and will be one of the favorites to lift the World Cup in Qatar later this year.

Led by Captain, Harry Kane who will be flanked with two of Raheem Sterling, Bukayo Saka, Phil Foden, Jack Grealish and Jadon Sancho, the English team are rock-solid in defense, combative in midfield and dangerous going forward.

Early days still, but this England team look like the real deal.

Spain: The Spanish National Team will expect to challenge for the World Cup in Qatar after reaching the semi-final of EURO 2020 and the Nations League final last year.

Just like Barcelona, La Furia Roja navigated their “banter era” quickly and they will hope to revisit the same heights they reached in 2008, 2012 and 2020 again.

Head Coach, Luis Enrique, has displayed a willingness to promote young players and play them ahead of more experienced players. Expect to see players like Pedri, Gavi and Ansu Fati (if fit) shine in Qatar.

Germany: Germany will always be a favorite at international tournaments, and for good reason. Despite leaving earlier than usual in the last two tournaments, they will be optimistic about doing well in Qatar.

Germany have lost some of their fear factor but Manager, Hansu Flick is a master tactician and the way he deploys his side will enable them to match any team they meet.

Sane and Kai Havertz are enjoying positive seasons and will be instrumental to any German success this winter. Thomas Muller, Robin Gosens, Manuel Neuer and Joshua Kimmich will also be key players for the German team.

Argentina: The South American giants have been favored in recent tournaments to often disappointing results. This time, they’ll enter the tournament as 5th or 6th favorites to win the whole thing. It is possible that the reduced pressure would work better in their favor.

After finally winning an international trophy last year, Lionel Messi finally quieted the rumors that he could not inspire his country to succeed. If he can lead them to a World Cup victory, he will be the unquestioned Greatest (Men’s football) player of all time.

Belgium: Golden generations are a tricky proposition. On one hand, all your players are hitting their footballing peaks at the same time, giving you a greater likelihood of success. On the other hand, if they fail to win anything, they fade into obscurity and become known as the generation who did not take their chance.

Belgium are finally at the end of their cycle and this is possibly their Golden generation’s last chance to win a trophy. Vincent Kompany and Thomas Vermaelen are now out of the National Team while Eden Hazard is now a shadow of his once-imperious self.

As long as they still have an absurdly-talented Kevin De Bruyne they still have a chance, but they’ll need Romelu Lukaku to regain his form and for their defenders to play out of their minds to have a realistic shot at winning the World Cup.

Italy: After winning EURO 2020 last summer, the Italian National Team will be one of the tournament favorites even if they still have to navigate the playoffs before qualifying for the World Cup.

Their Euro win depended largely on stellar defensive play, cohesive attacking and midfield play and moments of magic from their star forwards, Lorenzo Insigne and Federico Chiesa and wingback Leonardo Spinazzola. Their starting centre backs, Leonardo Bonucci and Giorgio Chiellini are now 34 and 37 years old and have had inconsistent domestic campaigns.

Chiesa is out injured with an ACL injury and might not be fit in time for the World Cup which leads to more questions. How will Italy play now? Who replaces their veteran center backs? Will they even qualify for the World Cup?

All these questions, and more will be answered in the coming weeks and months as we watch the Azurri try to qualify for the November tournament.